If you’re like me, you love to tease your friend, even if you’re not so good at fooling them or teasing them on your own. Whatever the case, a gender swap app can help you, allowing you to tease your friends and loved ones by applying a variety of effects to your photo to change the gender.

Have you ever thought about how the gender swap app works? People can use these gender switch apps to see what they’d look like as a different gender. You can find hundreds of gender swap photo apps on the Google Play Store and iOS app store but the good ones are few and far between.

Read on as we cover the best gender swap apps available today so that you can have the time of your life laughing your heads off with your friends and family. We have selected these gender switch apps from all the best options available for you to have on Android and iPhone. Have a look and check which one suits you best.

The most common and widely used gender swap app is not other than FaceApp. This app is one that is available on all smartphones, whether they are Android or iPhone. FaceApp has more features when it comes to face and gender swapping compared to the other apps listed below. Choose from the various features to change your face from male to female, vice-versa.

Besides helping you to swap the gender of anyone, this app also lets you change the age with the aging feature. On top of that, you get the option to see how your future kids would look like. The app also provides the option to get bigger or smaller by applying weight filters. This can be a wonderful app for having a fun time with your friends or family members. 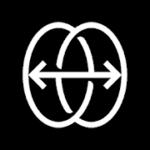 If you’re looking for an app to create face swap videos then Reface could be for you. The app offers some powerful face refacing tools so you can morph your face or switch it with celebrities. It’s not designed entirely for photo face swapping. It mainly focuses on replacing your face videos.

The app is also best to share the created gender swap video or face memes on social media. It’s a great place to show off the best of the best editing skills to your friends or family members.

Widely considered to be one of the best free gender swap apps for Android-powered devices, Face Changer 2 is perhaps the quickest method to swap faces between friends and with your favorite characters.

What makes this gender switch app rather special is that it provides users the thousands of options to morph heads, add face parts, funny hats, glasses, other accessories, stickers, backgrounds, and more. It is rated as one of the top apps for those looking to switch male to female apps. Face Changer 2’s simple and intuitive interface makes it easy to morph faces quickly.

While you can’t use the Face Story app on Android smartphones, this is another excellent iOS gender swap app that lets you transform the gender in the picture for free. You can choose from a vast selection of features that works on AI algorithms.

The app quickly scans the face from the picture you picked and analyses it to morph. Hundreds of filters and other handy features of the app make it a popular choice. With a lot of interesting other tools, this app also lets you find celebrities who look like you. 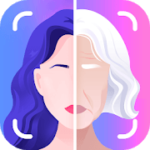 What attracted us most here is the face aging features and catchy user interface. Another gender swap app for Android that offers every editing tool you need is at your fingertips is the Magic Face app. Thousands of users choose this app for its ghost makeup, gender switch, baby and aging prediction, and a lot of other interesting features.

Face Changer Photo Booth is another of the best apps for gender switch. It provides you with a simple and user-friendly interface with a variety of effects. Choose from the various tools to make necessary corrections to the photo to start changing the gender through the app.

So the app is good for both boys and girls. That is, in a matter of seconds you will get a gender changed picture. However, it is worth noting that it is available only for Android devices. So, if you are an iOS user, head over to the next app.

For more advanced tools that let you swap your face with anyone else’s face, the Face Swap Booth app offers some attractive features. You’ll get plenty of outstanding features alongside the good user interface. You can easily swap faces across multiple pictures.

While it allows you to pick the image that has the face you can also use the same face on any other photos to swap. On the other hand, you can make multiple facial overlay masks to custom blend faces. In addition, you can make use of hundreds of celebrity images and faces to swap them to your face or your friend’s face. This app offers some additional capabilities on iOS that make it one of the great gender swap apps for iPhone and iPads. 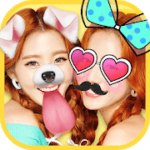 While starting with a Face Swap is the best option, it’s always easier to make your picture look interesting with the live stickers that the app comes with. Once you choose your photo, you can customize the face using tons of extra stickers, different templates.

This app that changes gender is free to use. Unfortunately, the user experience of this gender changer app is not as seamless as that of other apps in the category. However, the app itself is free to download and use.

As an effective alternative to face aging apps, you can also use FaceLab Photo Editor to change a picture to the opposite sex. Finally, you can share the created image on various social media handles directly within the app.

To sum up, a gender changer app can be a good resource for every user, especially as you’re searching for them. While apps have their own unique functions and various other options, picking the right app from this list is your choice. Go ahead and play around with these working gender swap apps.

Which is the best gender changer app?

To decide which one is the best gender changer app for you, you must try each app. We’ve created this list by combining all the gender change apps that have impressed us with their functionality.