Wireshark, everyone knows about this open-source packet analyzer available for free. It is widely used for network troubleshooting, analysis, software and communications protocol development, non-profit enterprises, government agencies, and education. Wireshark can be used on Windows, macOS, Linux, Solaris, FreeBSD, NetBSD, and others. 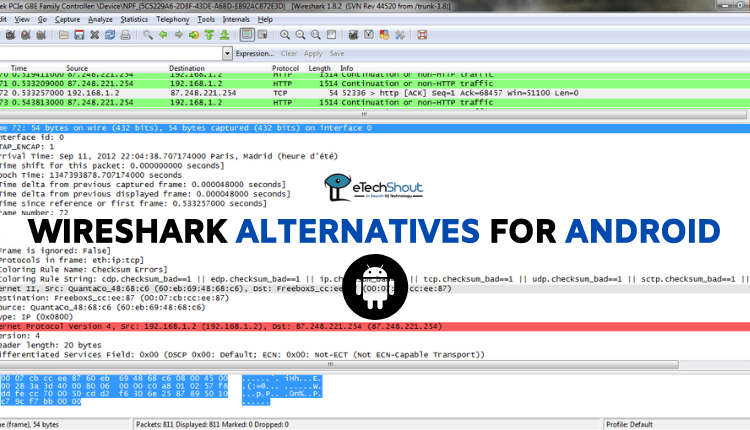 Unfortunately, Wireshark is not available for Android. So, if you are looking for Wireshark alternatives for Android to monitor traffic and capture packets, here is the list of wifi packet sniffer for android devices.

Most of you are interested to know why almost every network sniffer app on Android requires root access to work. Well. That’s a nice question. Actually, most of the wifi packet sniffer android apps need root access to capture packets. If you ask me the reason, it is a promiscuous mode (also known as monitor mode). While capturing packets using network sniffer android apps you will be able to see every packet that is transmitted through the network. In any case, it fails to encrypt separately then all traffic is able to be read and analyzed.

Best Wireshark Alternatives for Android in 2020 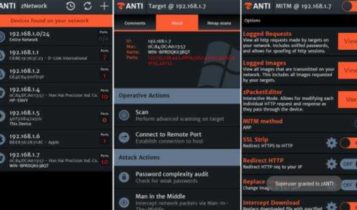 zANTITM is a mobile penetration testing toolkit available for Android phones. This free network sniffer tool allows the process of security managers to analyze the risk level of a network with a single tap. You can do multiple network scans of different intensity to identify connected devices, properties, and vulnerabilities. It can also be used to recognize and determine the penetration level. To use the zANTITM app on your phone, your device needs to run on version Android 4.0 or above. Moreover, this app requires root to run.

cSploit is yet another free and open-source Wireshark android alternative used to analyze networks on Android devices. Alongside the network analysis, it can be also used as the penetration suite for most of the IT security experts/geeks who like to perform network security analysis on the Android smartphone. This network sniffer android app can perform replacement of Image, text, and video. That means you can replace your own content on unencrypted web pages. Also, it allows you to insert your own javascript to unencrypted web pages. If you are searching for the android sniffing tool to capture pcap network traffic files then cSploit is an excellent tool for you. Other features of the cSploit are DNS spoofing to redirect traffic to different domains, Break existing connections, traffic redirection to another address, Session Hijacking to listen to unencrypted cookies and clone them to take Web sessions. 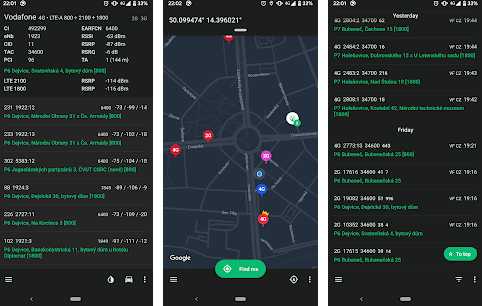 NetMonster is a powerful android app to identify illegal signals that you have been getting by analyzing nearby networks and towers. By collecting CI, eNB, CID, TAC, PCI, RSSI, RSRP, RSRQ, SNR, CQI, TA, EARFCN, Band+ details, the app displays the information to your smartphone. You can utilize the details received from the NetMonster app in network testing and penetration attacks. This app is totally Ad-free.

Packet capture app can do two things for you. It is an ultimate debugging tool basically if you are developing an app. The app has several features and it doesn’t require root access to work. That means you can use this app even without root. This simple and user-friendly app helps you to capture network packets and lets you record them. Another key feature of the app is its SSL decryption using man-in-the-middle technique. It shows packets in hex or text. 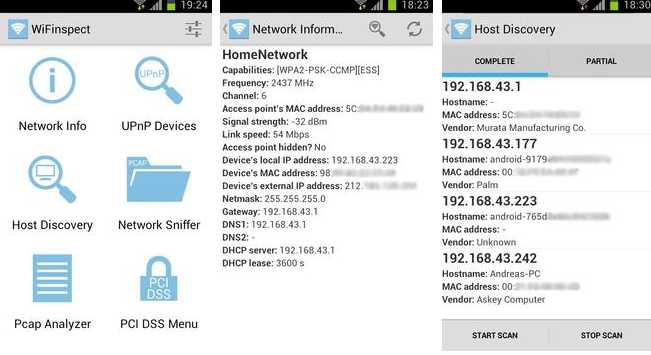 WiFinspect is another android phone sniffer tool with plenty of worthy features. Various features of the WiFinspect include Pcap analyzer, network sniffer, traceroute, ping, host discovery, port scanner, internal and external network vulnerability scanner, and much more. However, your device must be rooted in order to access most of the amazing features. If you are looking for the best packet capture android app then WiFinspect is the must-try app for you. 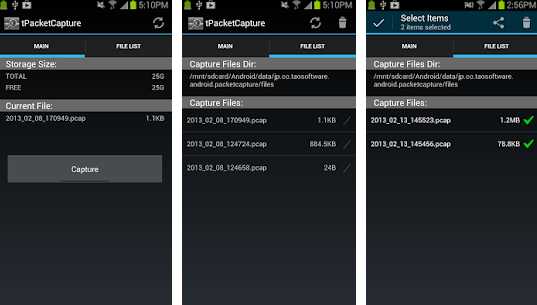 Wanna try a network sniffer android app even without the root access? Must install the tPacketCapture app on your device now. This app makes use of Android’s inbuilt VpnService and allows you to capture packets without any root permissions. The app stores the captured data on your phone’s external storage in the PCAP file format.

So, to view the captured data you have to open the file manager and with the respective folder. Moreover, the stored file format lets you view the data in a detailed manner to analyze on PC. To do that you just need a software that can handle PCAP format. There is also a Pro version of the tPacketCapture that has an Application filtering feature. 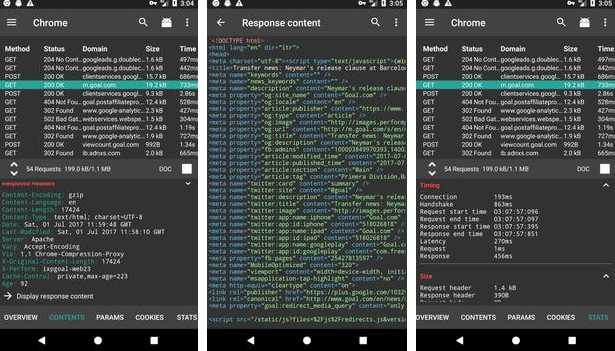 Debug Proxy is another Wireshark android alternative that comes with a variety of network traffic monitoring options. With this free tool, you can debug your network applications to check whether REST API is working correctly or not. You can also utilize this app to check the latency, etc. The app decrypts SSL by performing as a mitm proxy on your Android device.

Debug Proxy is free to use and it has zero ads. Moreover, most importantly, you don’t need root access to use this app. Other features of the app let you view traffic contents like HTTP headers, HTML, JSON, Javascript, CSS.

Nmap is the last Wireshark alternatives for Android on our list. This open-source network scanning app is available for Android devices for a long time. Nmap for Android works better on both rooted and non-rooted phones. However, the app is not available on Google Play Store. So, you have to download it from the official Nmap website. But, you need to run some commands to install the Nmap app on your Android device.