We are in the era of using Shakespeare Translator to translate his popular plays to know the meaning in modern English. William Shakespeare was a popular English poet, playwright, and actor invented many new English words, and his style of narration in many ways was unique even today. Shakespeare’s unique narration style and language made his style live even today. Undoubtedly, the English we use today and Shakespeare’s Early Modern English have some differences. Shakespearean English, what we call it as early modern English used in Shakespeare’s plays and different works have been written in a rhythmic poetic form that is called iambic pentameter.

It is not the vocabulary or grammar that makes Shakespeare’s English tough. It looks complicated because Shakespearean English is written in metrical rhythm, and as a result, almost all the words, phrases, sentences, and speeches have several meanings.

It is worth to mention that Shakespeare used more than 20,000 new English words in his English poems, sonnets, plays and out of these, it’s evaluated that he invented approximately 1,678 words.

Few words that were used in Shakespeare’s time have changed their meaning during the last 400+ years. Of course, in many cases, it is considered a minor change, but most of them are the major ones.

Well. Coming to the topic, if you are looking for the best Shakespeare to English Translators then you are in the right place to know about the 11 best online Shakespeare translators in 2022.

Shmoop is a popular learning platform with hundreds of free learning resources. With the Shmoop Shakespeare Translator, you can translate Shakespeare to modern English without any stress. Just type any of your English sentences in the shmoop Shakepearen translator and see the translated super-authentic Shakepearen English of that particular sentence.

With the one-click on the Translate button, your typed texts will be translated to the Shakespearean English. You can also cut and paste the Fun Translations Shakespeare translator code to embed the translator on your blog or website. Cool. Isn’t it?. The site also offers Shakespeare Name Generator, Shakespeare Insult Generator for its users and you can even try them for free.

You can also test the translator by clicking on the Use sample Text button to add a sample sentence to translate it to Shakespearean Eglish. Babylon Translator software is available for Windows users for free in .exe file and after downloading it, the user needs to install the software to translate any texts that come on screen. 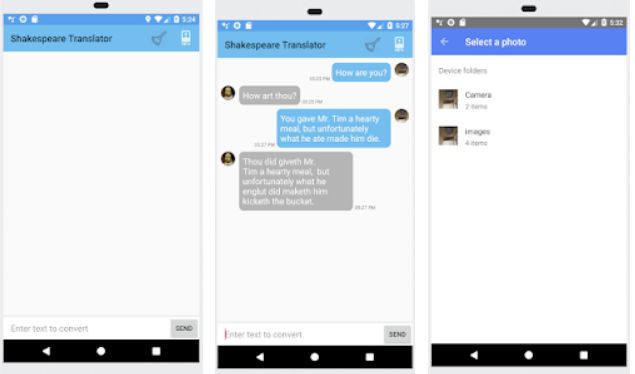 In Your Dictionary, you will be able to find several most common Shakespeare words translated into modern English. The sites offer several Common Shakespeare Words with its meaning in today’s English. Also, the site shows Shakespearean Phrases that include most notable phrases.

As you know, Shakespeare’s English uses the exact same words and phrases that we are using presently. But, Shakespeare’s phrases are totally different from the phrases we use today.

It provides the translation of every scene in each act in English. SparkNotes offers the full text of Shakespeare’s plays and sonnets with translations into modern English.

SparkNotes is a resource to help you understand books, write papers, and study for tests. You can also read No fear Shakespeare Macbeth translation on SparkNotes.com.

The NoSweatShakespeare eBooks were created as a result of the fact that, despite so much attention given to textual analysis and plot analysis, very few resources exist for students to get a full understanding of the work of Shakespeare.

Its mission is to make Shakespeare simple and easy to understand. They even feature links to Shakespeare websites that are worth visiting.

On this website, you will find Shakespeare’s translations online. Looking for a Shakespeare translator on your smartphone or PC? This is the website for you. It helps modern users better understand Shakespeare.

Using this website, Shakespeare’s lines and words are easier to understand, from in-depth quotes to detailed Shakespeare games, facts, and a lot more.

Founded by the creators of SparkNotes, LitCharts offers the best literary resources, such as literature guides, literary terms, and modern English translations of all Shakespeare plays. LitCharts is read by hundreds of thousands of students and educators every month.

Users have access to all Shakespearean information for free, and it is ad-free, making it an attractive resource. LitCharts provides an engaging online Shakespearean translation tool that provides students with the resources to analyze literature easily. 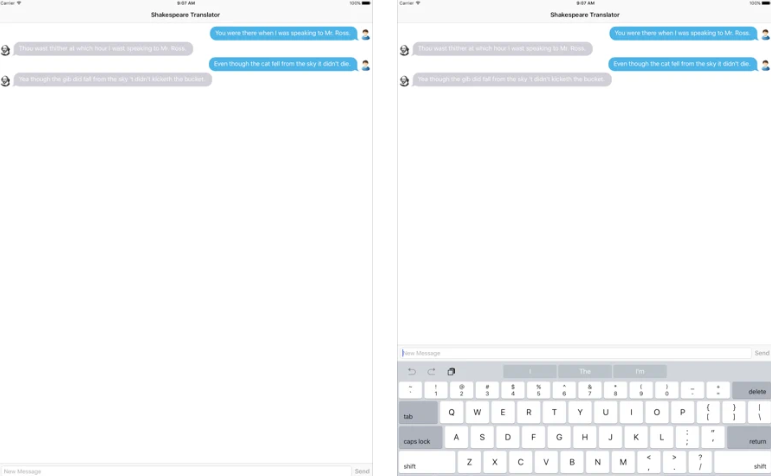 If you are looking for Shakespeare Translator for your iPhone or iPad, this is the app for you. As the name suggests, this paid iOS app helps you translate modern English into Shakespeare English.

As you know, Shakespeare’s complicated sentence structures and outdated words make the translations a lot more interesting understanding those Shakespearean plays or lines deeply will help you enjoy them more.

This app is designed to give you a pleasant experience if you are a Shakespeare fan.

Shakespeare’s sentences, words, and phrases lead many people to think they are reading different or ancient English. But, once you use the above Online Shakespeare Translators, surely you will appreciate how easy Shakespearean English is to understand.

Undoubtedly, Shakespeare’s contribution to the English language is tremendous. He contributed significantly to the standardization of grammar, spelling, and vocabulary. Most of the phrases we use today in day to day life are originated in Shakespeare’s work.

The English we use today has some differences to Shakespearean English as some words have changed their meaning over time, or have gone out of use completely. If you compare modern English with Shakesperean English you will easily understand that the several words and even the grammatical structures are not easily understandable for today’s speakers.

There are some grammatical differences you can notice while some of the words have fallen out of use entirely.

I hope, the above English to Shakespeare translator tools have helped you. Don’t forget to share this article with your friends.