The problem is that there are so many anagram generator tools you can find on the internet and it can be difficult to know which one to opt for. So, we are here to help you! We’ve collated the very best free anagram makers available, including a mixture of online and even Windows software tools. An anagram is nothing but a word created by rearranging the letters of another word. Undoubtedly, anagrams are the best way to test someone’s proficiency in the English language.

In this article, we are writing on the most popular and best anagram makers so far. So, read on to find out more about each of my recommended anagram generators for names as well as reviews of the top anagram generator tools.

Also, you’re free to make use of Advanced Anagramming based on your personal preference — Maximum number of anagrams to show, maximum words per anagram, etc. The best part? Not only are you getting anagrams for free, but you’ll also get an option to filter and show only interesting anagrams.

Inge’s Anagram Generator is an all-in-one anagram tool that will help you generate free anagrams with multiple words. The anagram generation process is based on the options, so you need to choose the language and you need to enter the word.

Dcode’s anagrams generator has numerous filtering tools to help you find an amazing anagram name that meets your specific needs. Start by entering the text or word and then choose options such as Alias with masculine first name, alias with feminine first name and pseudo/alias. 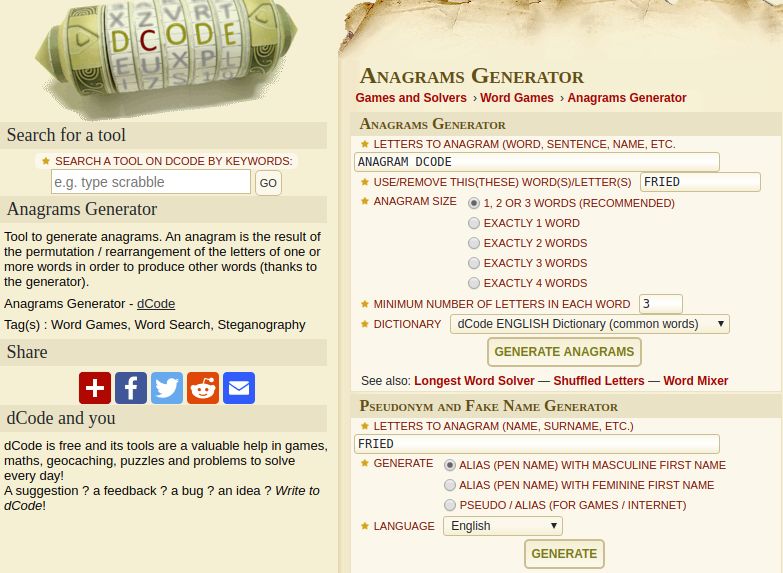 Then, select the language, and hit the GENERATE button. That’s it. The tool will generate and display the anagram names. You will get better results using between 8 and 20 letters.

Although this anagram maker software name looks weird and simple, this generator actually delivers plenty of amazing anagram name ideas. Start by typing the word or pattern that you want your anagram to include, and you’ll get hundreds of anagram names once you hit the Find button. 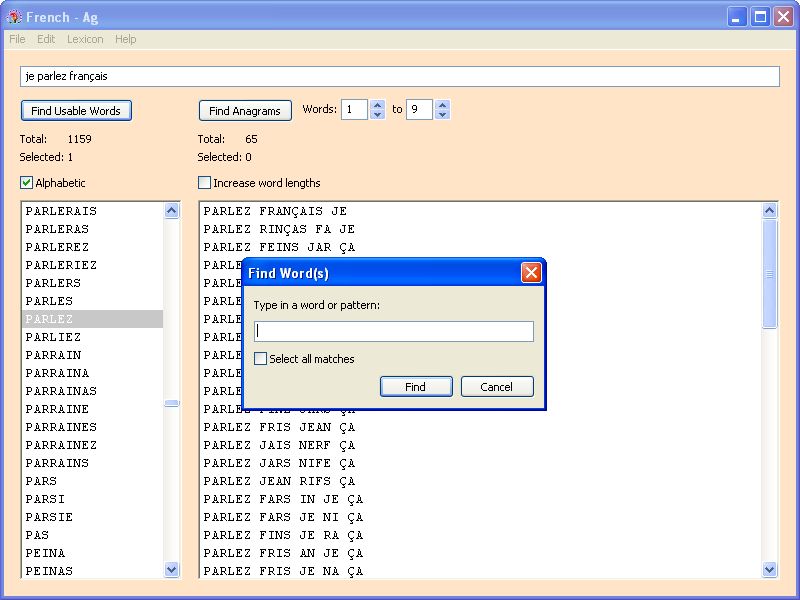 This software also has support for non-English languages such as Danish, Dutch, French, German, Italian, Spanish. This anagram generator software is available for Windows, Mac, and Linux operating systems. 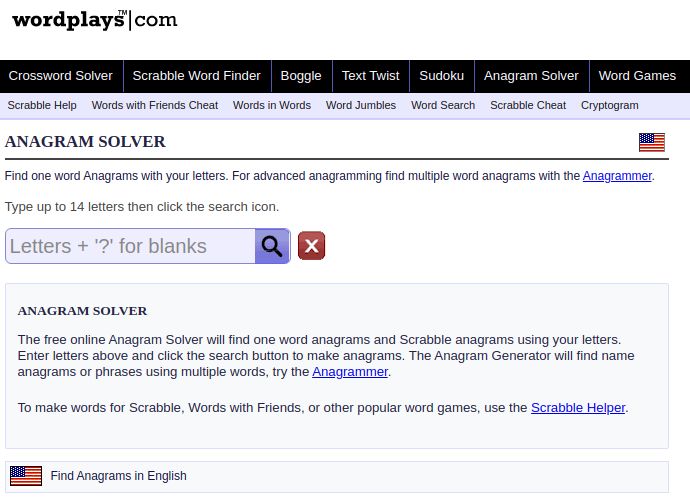 Anagram Finder offers an easy-to-use way to solve anagrams. Yes. This tool makes it simple to search for any word to find the anagrams. Start by searching the word and the tool will display the best anagrams for you within a second. Just type the word in the text box of Letters – Use ‘?’ for blanks and hit the SCRAMBLE button. The tool will scramble all the anagrams with the typed word. You can also make use of Show/Hide Advanced Options to add Extra letters anywhere in the anagrams.

Anagram Scramble has a similar user interface like the Anagram Finder, which is extremely user-friendly. Combine this ease of use with its great simple UI, Anagram Scramble solves anagrams in one click. Just enter the word in the Type letters or word here text box and click Search Word. This tool is only 2.57MB in size and it doesn’t require more space on your PC. If you want free software to generate anagram names, it can be a great tool for you. As we mentioned earlier, they also have Anagram Archive, so you can solve anagrams for free online without the software. However, at the time of writing this article, Anagram Genium online tool was not working. But, still, you can use the Anagram software for Windows.

Anagram Solver offers a variety of anagram names based on your searches. With this free anagrams generator tool, you can browse hundreds of names if you’re looking for anagram generator online.

This tool also has an iOS app for Anagram solver so if you own an iPhone pr an iOS device then download free Anagram generator for iOS. Anagramsite is the last and the best free anagram generator tool on our list. Like the others on the list, it’s a simple and easy-to-use online generator that provides tons of free anagrams. If you’re looking for a free and website with a very simple and friendly user interface then you must try Anagramsite. 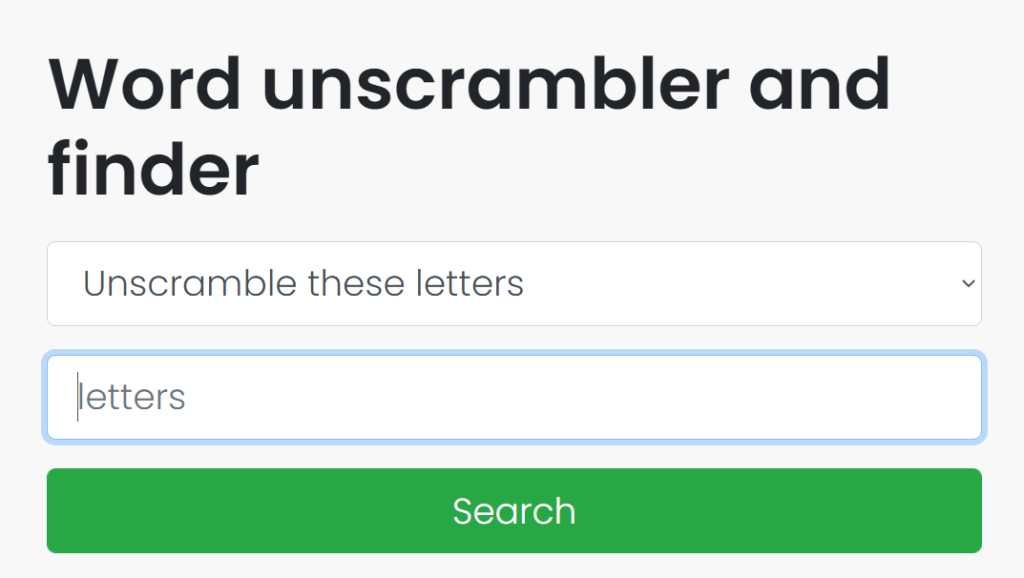 Unscrambled Words allows you to enter any amount of letters you’re working with and it will generate a list of words for you. You can even specify if the word should start with, end with, or contain letters in a certain order. And, if you’re trying to use this tool to help with Wordle, there’s a setting for that too.

Which one is the top anagram maker online?

With this wide range of anagram generator tools available at your fingertips, you can test any anagram generator online for free at any time and anywhere. I hope you liked this list. Please try out as many websites as you can and this will give you a real feel for each one, and ensure that you select the best one for your needs.