What if an app can detect the lies? Interesting, isn’t it? Well. If you are looking for the best lie detector apps for entertainment then you are on the right page to know about them. In this article, we are going to list some of the top lie detector test apps for Android and iOS. Knowing whether someone is lying or not, is a very useful skill. But, it is not easy to detect the lies so easily. As per the research, Americans tell about 11 lies per week on average. Moreover, the study says around 37% liers do it just to avoid shame or embarrassment, to avoid being judged, and to avoid emotions.

With these free lie detector apps, you can easily prank your friends and family.

Lie Detector Face Test Simulator Prank is a free app to enjoy in your free time. To detect the lie on this app, you need to select the existing picture from the gallery or you can also click the photo of the boy or girl, man or woman. After choosing the picture, you need to tap on the Start option. This will lead the Lie Detector app to scans over your selected picture. Now, pick a random or user-selected result either true or lie. You can also click on the menu button to control whether they are saying the truth or lying. 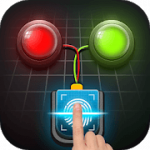 This accurate lie detector app is available only for Android smartphones. This lie detector game app simulates to test to identify whether your friend is telling the truth or lying. This free app can be used to play with your neighbors or friends. Your friend needs to hold the finger on the scanner and start the test. The lie indicator will simulate to detect the voice and show a professional and hi-tech analyzing animation.

To control the true or false result you have to press the volume key. Yes. the volume up button works as a key for truth whereas the volume down key is to show a lie. When your friend put his finger to scan the app will show amazing animation and electric signal diagram which feels realistic. You can also set the next five results for scanning through the Preset Mode inside the app. 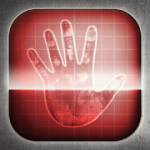 Truth and Lie Detector Scanner Test is an app to make the fun with your friends and family members by playing a fake lie detector test by saying funny things and finding out if they are true or false. You can also turn on the prank mode to hide the instructions so that you can fool anyone easily.

The graphics and sound on the app show it to look like its genuine test so that anyone can believe it. Whenever you ask any question, it will display like it is analyzing the answer to detecting true or false. The computer voice on the app also feels realistic. So, it is one of the best lie detector app you can try now to have some fun. 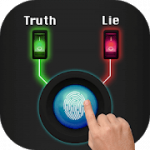 Do you want to test your friend by asking them a question and detecting whether he/she is saying a true answer or not? Try Lie Detector Simulator 2020 app. It another free Android lie detector app to test your friends or a family member. This prank app scans the fingerprint and once you say the answer it will show you the answer is true or false.

It is worth mentioning that this is an ultimate prank and it doesn’t have the ability to detect lies or true statements. However, if you are the kind of person who is looking for a way to prank your friend or a family member then try this app.

This app works best if you need to test anyone. It is a free detector app with many features available inside. You don’t need to pay for anything or you don’t need to buy a premium subscription to grab the awesome features. You can set the results before starting the test in this free iOS lie detector app or you can also let them occur randomly. 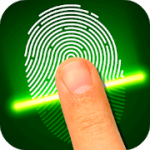 Lie Detector Simulator Prank is an app to determine the lie. It shows the True or False randomly. However, the person who is seeing the test may feel it as a working lie detector. Lie Detector is a simulator of a polygraph, truth, or falsehood program that decides at random. This app pretends to check the human lies when they put the fingerprint in the app while answering.

Using this app is very simple. Just ask your friend to take a test, ask him a question and tell him to put the finger on the fingerprint scanner. Upon answering the question, the app will display whether the answer is true or a lie. Remember, the result is 100% fake and the app is for entertainment purposes only. 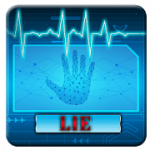 Whenever you test in this app to prank your friend, it shows the analyzing method in meter analyzing which looks realistic for those who are looking it. The spinner test option in the app works in the way that whenever you press the spinner button to scan it will run animation by rotating and meter analyzing animation and then show either lie or truth. In the last voice test mode, you have to press the mic button then speak something, and the app will pretend to detect true or lie.

Truth and Lie Detector is a free lie detector app for iPhone, iPad, and iPod Touch. Once you install and open this app on your iOS device, you need to tap on the button that says “Tap to Start”. Once you hit that button, the real prank will begin.

Now, you need to ask a question or something to your friend or a member from your family and whenever he/she says the answer, you can control the app to show the answer is true or a lie. If you click the left side it will show as true and once you click the right side it will display lie. You can also tap on the center to display randomly. 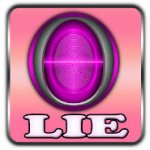 Now, the app shows analyzing animation with a meter and displays true or lie. It also has three modes to prank. Voice mode, Spinner mode, and fingerprint mode. This app pretends like analyzing the truth and lies through spin, voice, and fingerprint. 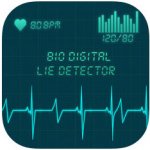 This is one of the most realistic lie detector test online app, that looks and behaves just like real polygraph devices. This app works in the way that the person who is going to fool will feel like its a real lie detector app as the app pretends to detect lie by the person’s voice level, stability and balance, and displays feedbacks on the screen in a realistic way.

Ask a question and ask your friend to place the finger on the screen and let him answer the question. BooM! Once he/she removes the finger, the app will display results. 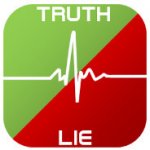 Another accurate lie detector app with a realistic-looking scan bar. It also gives you the vibration upon scanning the finger. So, your friends will think that it is a real lie detector test app. This app is available only for Android smartphones. Just click on Start Testing button to start pranking your friend by asking a question and let him answer. 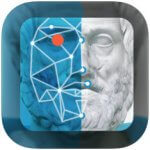 Verity is the paid lie detector app on our list with some amazing features. This iOS app works with the artificial intelligence engine to identify the lie. The app tracks eye movements and some other facial movements to detect whether the person is lying or not.

It is developed with the modern and innovative technology in lie detection, so we can assure you the better result with this app.

To use this lie identifier app, you need to tap and hold your finger on the lie detector index. Upon placing the finger the app will analyze the lies with the placed fingerprint through its algorithms. This app shows the result in three ways: Truth, Maybe and Lie. 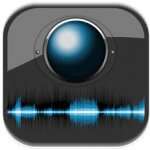 This lie detector test app works on the voice. You need to hit the START button first in the app. After that, you will need to ask a question to the person who is in front of you.

When she/he completes the answer hit the STOP button and let the app show the given answer is: true or false.

Which is the best lie detector test app?

Well. The choice is yours. We have mentioned almost every top lie detector apps that are available for Android and iOS smartphones.

Does the lie detector app work?

These lie detector apps are for entertainment purposes only and they do not provide real truth detector functionality. So, you should not take the results seriously!

Is there any lie detector app that actually works?

No. You can’t find any apps that can detect lie in reality. Till now, there are no such tools or apps available on the market. All you can do with the above apps is have fun. Nothing else!