These games give you fun when you are drunk. You can play these games with your bar partner when you both drunk. Just like other games, these drinking game apps also have some set of rules that you need to follow. 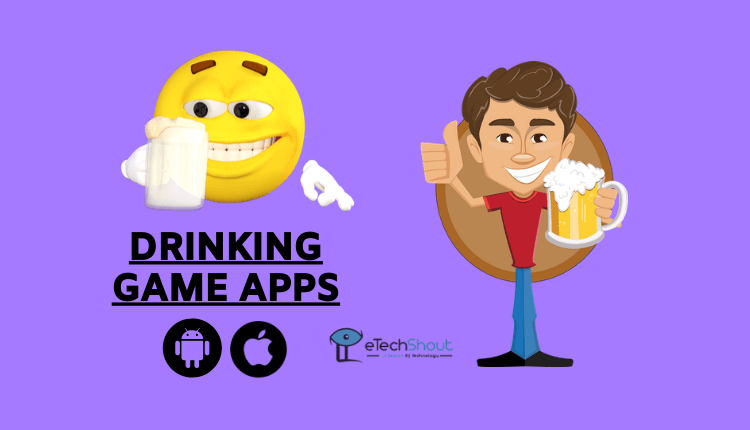 Drinking has the ability to bring fun, excitement in anyone’s life. The research found that people enjoy extra happiness at the moment while consuming alcohol. Every alcohol lover likes to drink with their friends. Moreover, a person who drinks is more likely to have other friends who like to drink, and they live happy healthy lives. Undoubtedly, the effects of alcohol on anyone’s health is totally depending on the amount and type of alcohol consumed.

These drinking game apps are easy to play moreover they will help you to get true entertainment. However, make sure that your age is above 21 ahead of playing any of these drinking apps on your phone.

15 Best Drinking Game Apps for iOS and Android in 2021 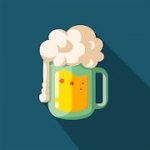 If you are on the bar with your friends to chill out, then install the Picolo drinking app to have unlimited fun. Don’t worry about the complex rules and the same old classic games, Picolo is here with simple and understandable rules for everyone! 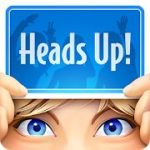 If you want to try a drinking game app with more than 100 participants then you should check out Heads Up. From naming celebrities to singing to silly accents, that is your responsibility in this game to guess the word on the card of your companions’ head before the clock runs out.  In this game, you need to complete challenges like draw a new card just by tilting your phone.

It features the option to share your own gameplay with social media sites like Facebook. Also, there are many dares in the app that helps you to challenge your friends and your kids. To give exciting gameplay, the game is packed with 40+ themed decks that include celebrities, movies, animals, accents, characters 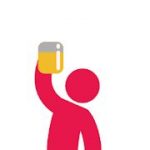 iPuke: Drinking game is yet another game to play with your friends. Playing this game is easy, all you need to do is you have to draw a card with 2 challenges: a dare and various shots to drink. You should do in any event to continue, and they will give you points. The player who reaches the target points will win the game.

Even though the game has more than 300 dares inside, here are some interesting dares you can find on this drinking game app. You have to fill your mouth with ice and hold up until it dissolves, next dare is to perform samba, lay on the ground like a starfish for 30 seconds. Another interesting dare is to ask for a picture with an unknown person who is not familiar. 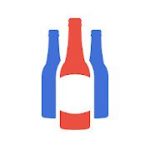 If you are looking for a drinking game app without any ads then you must install Seven Drinking Game on your phone. This app is available for both iOS and Android smartphones. This game claims to offer a hundred percent laugh and booze.

To play on this app, you need three or more friends and alcohol. The user-friendly interface with amazing gameplay makes it easier for every player to play. This game has over 400 brilliant cards and every card has different tasks.

Moreover, the game comes equipped with three game modes to overcome boredom. You can even make your own cards with own set of rules also one can remove any cards from the deck if he/she feels it is unwanted. 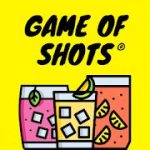 You will be able to find games such as King’s Cup, The Roulette, True or False, Slot Shot Machine, The Coin, Most Likely, Express Hangover, etc. The types of games in the Game of Shot include dices, cards, etc. One of my favorite games in this app is truth or dare. 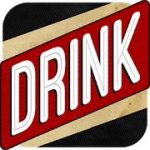 Drink-O-Tron is a free + paid drinking game app with 25 free cards. You can access to another 16 packs by paying 99 cents. There is also a VIP access option that allows unlocking every pack with a payment of $4.99. Drink-O-Tron has more than 225 cards to play, so you can load up your deck with several cards to have fun.

Blend and match, or burden them all up for a definitive encounter. If you are looking for a freemium drinking game app with loads of cards then download Drink-O-Tron on your iOS or Android phone. 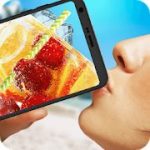 Do you want to try the feeling of having a juicy cocktail using your phone? Well. Drink Cocktail Simulator app is here for you. Install and open the app, select the cocktail of your choice and bring your phone edge to the mouth.

At last, pretend you are drinking real alcohol by simply tilting your phone. This drinking simulator app even gives real sparkling bubbles and sound effects up the spirits so that you can feel the real-life experience of having drinks. 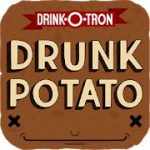 Drunk Potato is a quiz deinking game app that asks you questions. You get hundreds of questions to which you need to answer. The questions on the app are like names of 3 popular robots, 3 things that went wrong in your life, explaining harry potter quickly, etc.

This game is developed by Prodigal Creative and has a good amount of installs through Google Play Store and iOS app store. One of the good things about this drinking game app is you don’t need to pay money on this app. You can easily unlock different modes and disable ads with coins you earned on the app. 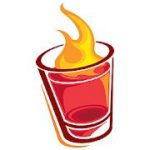 The cool music, sounds, astonishing graphics, funny characters, makes it the best drinking game app. Also, this game has the option that counts how many shots have been taken by each player. 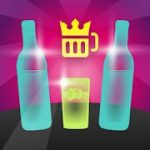 King of Booze is a drinking game app for people who are aged above 18. This is rated as one of the best games to get drunk together. It doesn’t matter, whether you are on a bachelor party, house parties, group gatherings, game nights, or any party, you can play this game with your friends or party partners by answering the questions or completing challenges and dares.

The app has more than 220 challenges such as slapping faces, drawing on faces, general silliness, sharpie tattoos, social media fun, etc. It even allows you to add a maximum of 500 custom challenges. Moreover, one of the key features of this app is it allows you to play with up to 14 people. So, this is one of the best multiplayer drinking game that lets playing with more members. It comes with three game modes and supports gamepad as well. 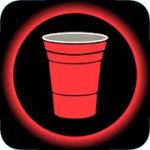 The King’s Cup is another free drinking game app developed by Swiftware. The game rules are very simple. All you need to do is you have to pick cards from the deck. Each card is related to rule or a standard of the game, which could be anything from having a taste of drink to seeing the entire party remaining on seats fluttering their elbows.

If you are not satisfied with the rules, or if you feel the rules are complex then no need to worry. You can customize the rules completely. Moreover, the app has several drinking games to select from. The sleek animations and user interface makes it easier for everyone to play. 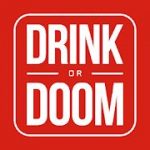 Drink or Doom is a free drinking game for Android. However, you need to pay for the same game if you are an iOS user. The game comprises of 50+ challenges such as mild violence, stupidity, nudity public shame, destroying the reputation, and other fun activities. There is also an option to add up to 500 custom challenges.

You can add any challenges within a matter of seconds. Playing Drink or Droom is very easy. Clicking on the game icon will start the game and then you need to enter your character and name. Then the game will begin and you will have fun. 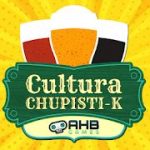 One of the best drinking game apps for 2 is Cultura Chupistica. The game begins once your friends who are in the game read the phrase that appears on the smartphone’s screen, then in the direction you select, the other participants must respond quickly to skip the punishment.

If you or your friend repeats or delays in responding, he will be out of the game or he will lose the game. You need a minimum of two-person to play this game. So, this is one of the best drinking game apps for couples. Also, you can play with up to 100 players at once. 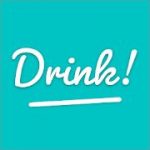 Drink! is another, one of the best and worth trying free drinking apps for Android device. Get unlimited entertainment with hundreds of listed drinking games, minigames, and fun activities inside the app. The key highlighting games on this app are quiz, horse racing, tug-of-war, and reaction games. If you are still searching for the drinking game apps for couples or drinking game apps for two then install the app by clicking on the below link. If you hate ads on the drinking apps then no worries. This app just displays ads until you play 7 games. After that, there will be no ads visible on the game.

Never Have I Ever 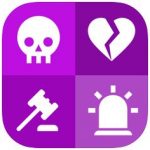 Never Have I Ever is a free drinking game app for iPhone users. The game includes hundreds of different types of games and over 300 ”Never have I ever” statements.

If you are bored with the same old board games, try the Never Have I Ever drinking game on your iPhone. One can choose any of the desired game from the list that suits their taste.

Which is the best drinking game app?

So, guys, these are our top picks for the best drinking game apps for Android and iOS. No doubt. One can get unlimited fun at the party while drinking with these apps. I hope you find the list useful. If you know or if we missed any top drinking apps for Android or iPhone, tell us about them in the mail by contacting us!