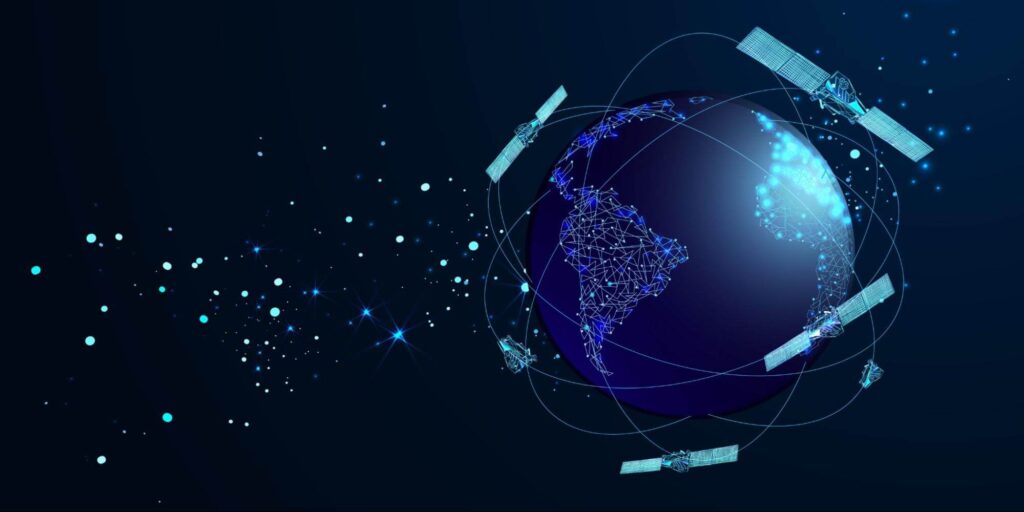 The space industry has seen a tremendous increase since 2010 and reached a $424 billion value in 2022. It is projected to hit the $1 trillion mark by 2040. The most developed niche of the current global space economy is commercial space services. This “space-as-a-service” concept embraces space tourism, satellite broadband, streaming and manufacturing, and Earth observation data-related services.

Currently, the satellite market accounts for around 70% of total space economy revenues, with the major earnings coming from telecommunications, national and cyber security applications, and remote sensing. With the increasing scope of applications for satellite imagery of high resolution at request, as well as freely available low- and medium-resolution satellite data, it is projected that the remote sensing market will expand from $13.2 to $26.6 billion in the next five years.

Satellite as a Service

The real-time information provided by satellites can improve decision-making and operations. However, while the benefits of satellite-based service are immense, the costs of launching own satellite are affordable to a few rather than many.

The Satellite-as-a-Service (SataaS) model is meant to lower such limitations. With it, end users of the satellite providers can gain value from maintenance, technical support, data sharing, and other services on a subscription basis.

The New Space age has been marked by the onset of small commercial satellites that left the dominance of government-owned space missions behind. Now startups and emerging countries can afford to gain value from space in dozens of ways, from tracking airplanes to up-to-date mapping using high resolution satellites to establishing satellite communications in hard-to-reach areas.

Small nano- and cube satellites at low orbit are widely used in the telecom sector as well as the Earth observation data-led services. Their miniature sensors capture high resolution Earth images which are further utilized to monitor crops and forests, detect changes in land use, measure environmental impacts, and manage natural or manmade disasters among other things.

The Value of Satellite Imagery

Over a thousand out of 6,000 satellites orbiting Earth are capturing images of the planet, which makes satellite monitoring one of the most widespread satellite data usages.

High quality satellite images obtained from space register the biological, physical, and chemical properties of the planet. Originally, this data was used in science and research, however, due to the recent advent of powerful processing and AI, it found its way into other commercial and non-commercial uses.

On top of visualization, the imagery can be processed by applying up to 10 default and much more custom remote sensing indices, used to run Change detection, build Time-Series graphs, and be downloaded at the end. In short, EOSDA LandViewer facilitates access to satellite images and deriving value from them, while saving time and storage space.

The planet’s natural resources and extreme events are widely monitored with remotely sensed data. For example, GIS satellite-based maps are now common among agriculture and forestry specialists as they prove useful in crop yield improvement and deforestation management. With high-resolution Earth images at hand, scientists are tracking the ecosystem changes and estimating how dangerous the natural disasters are going to be, while geologists are analyzing soils to discover mineral deposits.

Another major application is climate change, where satellite data works to locate greenhouse gas emissions, such as methane and carbon dioxide leaks from gas and oil sites.

2021 proved that space tourism is already a reality. SpaceX’s 2021 voyage became the first-ever all-civilian mission carrying four tourists on board, who had a 3-day spin around Earth.

SpaceX and VirginGalactic are pushing space tourism forward. It is expected that space tourists will get 3 options: suborbital, orbital, and lunar tourism. Suborbital space voyagers fly about 100 kilometers up and have several minutes in space without reaching full orbit.

Experts at Allied Market Research project that the satellite services market will keep growing and make $144.5 billion value in 2026. According to them, consumer services will remain the most promising part of the space services sector.